Our History: Grappolini Oil from olives since 1930. 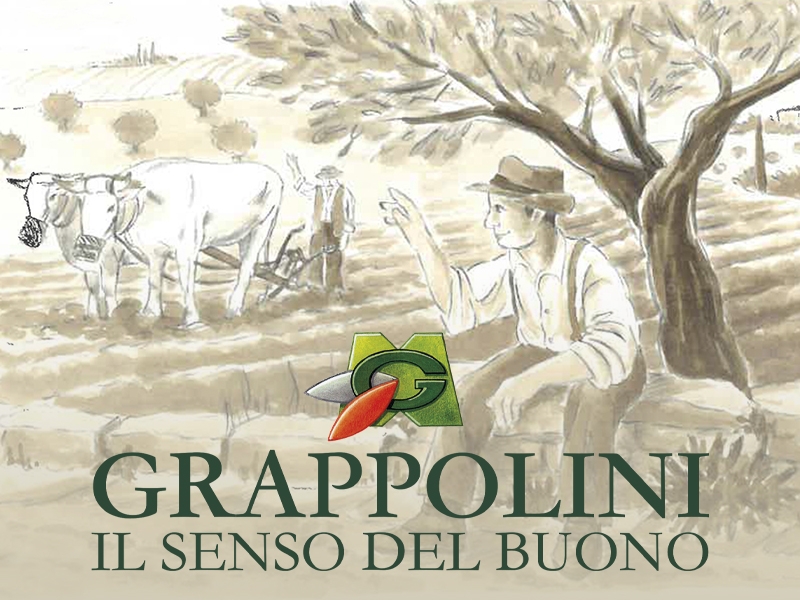 The Grappolini family has worked in the world of Italian extra virgin olive oil since 1930. Immediately after the Second World War, the founder Marsilio Grappolini produced his extra virgin olive oil in his own oil mill located in the centre of the village. Then in the late 1960s, the family began to produce oil to sell throughout central and northern Italy. Over the years, the company produced various types of extra virgin olive oil, differing in quality according to soil composition, climatic exposure, cultivar varieties, degree of ripeness of the olives and processing methods. This led to the creation of various brands that have enjoyed considerable success in Italy and abroad.

The family’s constant commitment to scientific research proved to be literally fruitful.
Its extra virgin olive oils matured in quality and health for years, something unthinkable until the scientific discovery made by the owner in collaboration with researchers from Italian universities. Since 2006 their oils have been considered a benchmark in the world of Italian EVO.

Grappolini is currently getting ready to present itsbrand new Italian Extra Virgin Olive Oil CENTO PER CENTO OLIO (one hundred percent oil), and explain how it has managed to successfully eliminate from the oil everything that is not oil. Only in this way can the oil live a long and healthy life, just like truly great wines.
This result produces radical changes in the experience of this wonderful gift from nature.
See you soon with more news.
Giuseppe Grappolini

This website uses cookies to improve your experience while you navigate through the website. Out of these, the cookies that are categorized as necessary are stored on your browser as they are essential for the working of basic functionalities of the website. We also use third-party cookies that help us analyze and understand how you use this website. These cookies will be stored in your browser only with your consent. You also have the option to opt-out of these cookies. But opting out of some of these cookies may affect your browsing experience.
SAVE & ACCEPT